Everyone’s least favorite adrift office seeker is back in the national spotlight. On November 15, Francis Robert “Beto” O’Rourke announced his candidacy for Texas governor. Should the work-shy politico secure the Democratic nomination, it would likely set up a 2022 showdown with two-term Texas Governor Greg Abbott (R). In 2018, the perennial candidate failed in an attempt to unseat U.S. Senator Ted Cruz (R-Texas). In 2019, Beto ran for the 2020 Democratic presidential nomination and dropped out before securing a single delegate.

Gun owners are most familiar with Beto for his flamboyant support for gun confiscation.

During the September 12, 2019 Democratic debate, Beto was asked about his proposal to confiscate commonly-owned semi-automatic firearms. Beto responded in part by saying, “hell yes, we’re going to take your AR-15!” The Beto campaign would go on to sell t-shirts with the anti-gun slogan.

Less than a week later, Beto reiterated his call for gun confiscation on CNN’s Cuomo Prime Time. During an interview, Chris Cuomo asked Beto, “All right, so let’s state the proposition. Are you, in fact, in favor of gun confiscation?” Beto responded with “Yes.”

In addition to confiscating commonly-owned semi-automatic firearms, Beto has endorsed all manner of other gun restrictions.

Illustrating how out of step Beto is with the Lone Star State, in June, Texas lawmakers enacted S.B.19. The law is aimed at preventing financial institutions from discriminating against companies that produce products that help Americans exercise their Second Amendment rights. Specifically, the law prohibits governmental entities from contracting with financial institutions that discriminate against “a firearm, firearm accessory, or ammunition manufacturer, distributor, wholesaler, supplier, or retailer,” a sport shooting range, or a firearm trade association.

Beto was also the only presidential candidate to endorse the gun control “Peace Plan” put forth by David Hogg and his associates at March for Our Lives. The plan’s tenets included, “reexamine the District of Columbia v. Heller interpretation of the Second Amendment,” annual gun licensing, a federal ban on commonly-owned semi-automatic firearms and their magazines, and “a reduction of our domestic firearm stock by at least 30%.”

The two-time failure hasn’t backed off his gun confiscation stance since announcing his gubernatorial bid. Speaking with the Texas Tribune for an item to coincide with his campaign announcement, Beto stated, “I think most of us also understand that we should not have military-style weapons used against our fellow Texans.” The candidate also criticized recent changes to Texas law that respect the rights of law-abiding Texans to carry a firearm for self-defense without having to acquire government permission.

In addition to Beto’s seeming desire to extend his political losing streak, some might also be confused by how Beto has the time to run for office. After all, voters were promised that Beto would have an important role tackling guns for the Biden administration.

At a March 2, 2020 campaign rally in Dallas, Beto endorsed Biden for president. Sharing the stage with his former rival, Biden stated, “I want to make something clear. I’m going to guarantee you this is not the last you’ll see of this guy.” Biden went on say, “You’re going to take care of the gun problem with me. You’re going to be the one who leads this effort. I’m counting on ya.”

Following the campaign event, Biden and Beto went to local burger chain Whataburger, where the septuagenarian continued to heap praise on Beto’s anti-gun advocacy. Speaking about Beto and gun control, Biden stated, “This guy changed the face of what we’re dealing with regarding guns, assault weapons… and I just want to warn [Beto’s wife] that if I win I’m coming for him.”

Of course, Biden never came for him. That could reasonably be chalked up to the befuddled president’s waning memory. It might also be the case that given the strong opposition to Biden’s radical ATF Director nominee, gun control lobbyist David Chipman, posting an even more toxic figure to an administration post would have proved even more untenable.

Going forward, NRA-ILA will continue to follow Beto’s splashy but shallow political career. Moreover, NRA-ILA will work to inform Texans as to the perennial candidate’s history of support for radical gun control, lest they be made to suffer this egotist’s tenure.

Note to readers: Please click the share buttons above or below. Forward this article to your email lists. Crosspost on your blog site, social media, internet forums. etc. 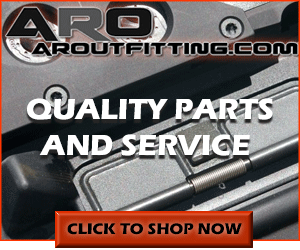 ARO NEWS is your firearms and Second Amendment news website. We provide you with the latest breaking news and videos from the firearms industry. Brought to you by AROutfitting.Com